Click here to stay updated on the latest COVID-19 measures regarding eat & drink and entertainment spaces.

It had never crossed my mind to take friends visiting from abroad to the bouzoukia, until I got this assignment. Most of us see the bouzoukia as a rather unclassy form of entertainment, but it’s these kinds of nights that stick in your memory forever. And why not? You’d find yourself in an impressive venue, packed with a decked-out crowd, where the booze flows freely, smoking is permitted, the service is top notch, and live music with infectious Middle Eastern overtones blasts from the sound system. And then there’s the actual show: professional dancers, smoke machines, extravagant light displays. It would be the most exotic thing you see in Athens. But would you have fun? 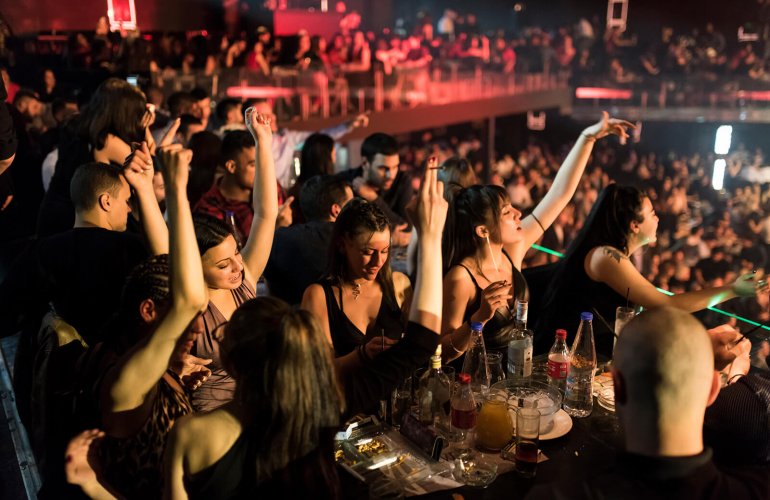 This crowd is ready to party all night at the bouzoukia.

A short diversion, if I may. A few years ago, a Greek friend married a Frenchman. The wedding was on the remote island of Donousa and lots of French guests flocked to the ceremony. At the wedding party, there was a live band playing Greek music. Their instruments and voices were completely out of tune and they didn’t know half the lyrics to the songs. Initially, us Greeks found it funny, but as the night wore on, we began to lose our minds. But the French didn’t stop dancing. I asked one guy why and he said: “I was possessed by Dionysus.”

To get back to the matter at hand. Why should you instantly say yes if you’re invited to the bouzoukia? First of all, it’ll be an experience you can’t have anywhere else, except maybe Turkey, where it’s not quite the same thing. Second, it will leave you feeling like a true Athenian. You’ll be exposed to authentic Greek kefi, a word that’s so characteristically Greek that it has no exact translation. Think of it as an infectious, extremely good mood. You won’t experience cultural enlightenment, but it’ll definitely be a once in a lifetime night. Unless you choose to do it again, of course. 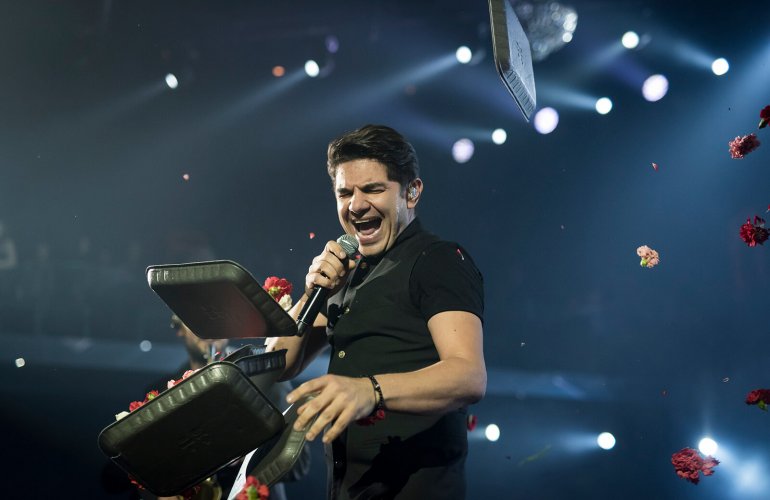 A singer belts out a tune onstage.

There are two types of bouzoukia, or pistes, which literally means ‘stages’. First there are the big ones. Think of them as a cross between an indoor concert and a club. You’ll find these venues around Iera Odos in the Gazi neighbourhood and Syngrou Avenue during the winter, and on Posidonos Avenue, which runs along the city’s southern coastline, in the summer. This is where you get to see the biggest stars of the Greek popular music scene: Sakis Rouvas, Anna Vissi, Antonis Remos, Despina Vandi, Giorgos Mazonakis, Paola, and so on. You’ll notice giant posters of these singers stuck onto lamp posts and billboards all over Athens. Acro, Athens Arena, Hotel Ermou, Fever, Iera Odos and Kentro Athinon are the hottest venues for the big names. In the summer, when the bouzoukia scene moves to the seaside, it’s hard to say until the season starts where the big names will be performing. But once you’re here, it won’t be hard to find out.

Then there are the smaller, borderline cult stages, that we call skyladika, which literally means “where the dogs hang out.” There’s an interesting backstory here. Skyloudes, which translates to “female dogs”, was the slang name given to sex workers who walked the streets without the protection of a brothel or a pimp. As time went by, this word was used for the female singers at these marginal venues, then it came to include the patrons, and eventually the whole scene. Think of these as the B-list versions of the glamourous bouzoukia, where the singers, musicians and booze are second-class, where the flowers could have been stolen from a nearby cemetery, and where many of the customers are dodgy characters of the night. 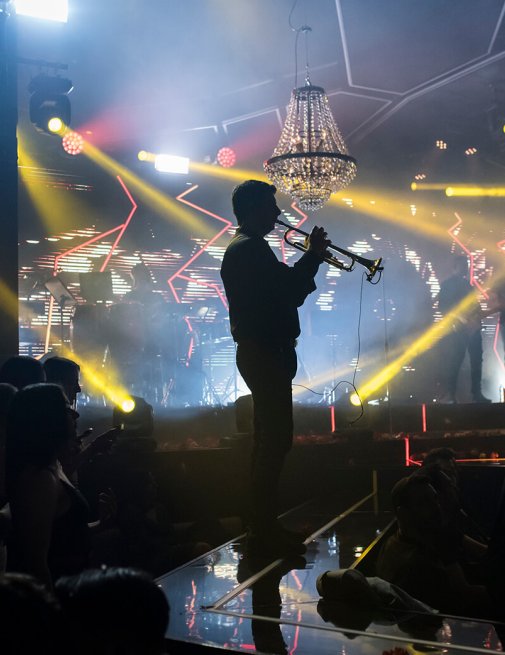 Live music at the bouzoukia.

This light show brings the drama.

So, here’s how it all works. Around 11 pm, the supporting acts take to the stage. At midnight, the stars appear. The lesser known names give the leading acts breathers throughout the night, which rarely ends before 6 am. The music starts off with Greek pop beats, followed by the songs that make the crowd throw their arms up in the air and break out in a roar, jumping to their feet for some belly dancing. Somewhere in the middle of the programme, there will be a stream of schmaltzy love songs—the calm before the final storm of more wild dancing. Not so long ago, you could get up on stage and dance with the singers. Those days are over, and you can imagine why. 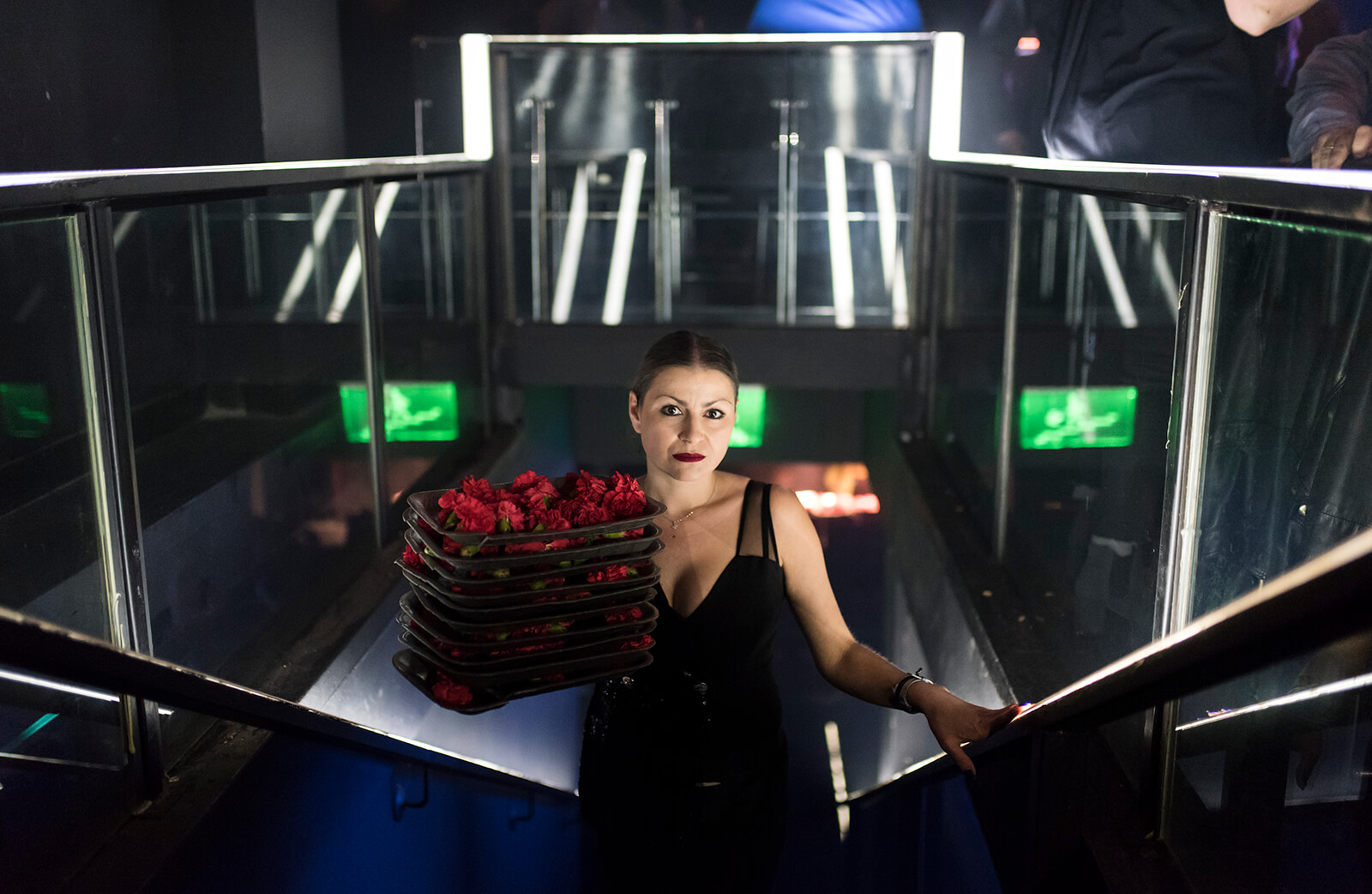 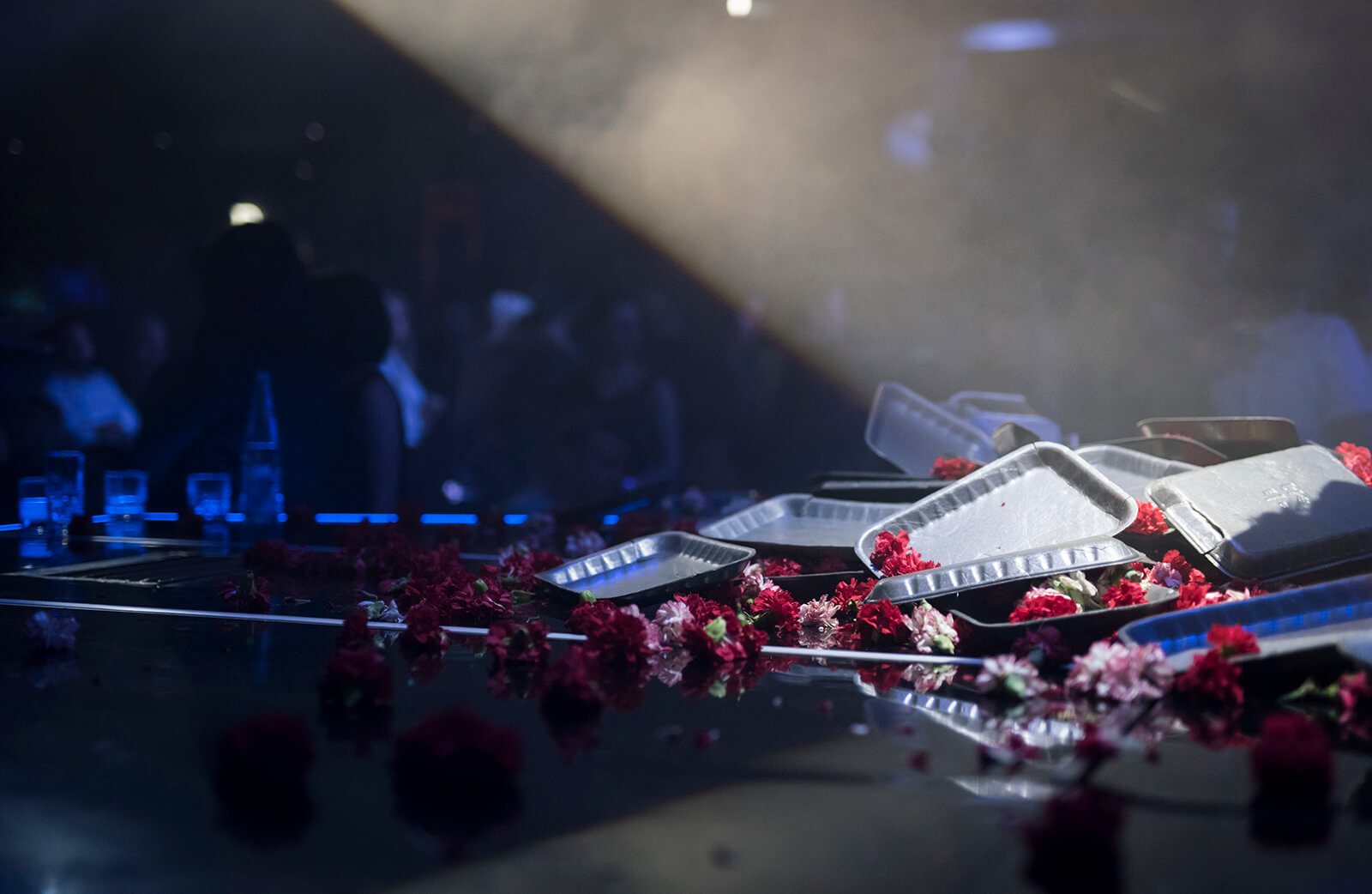 Bouzoukia don’t come cheap. Once you reserve a table, you are obliged to order a bottle of booze, which can cost you anywhere between 160-200 euros. A bottle of wine can set you back 80-100 euros and single drinks are around 10 euros. Don’t even think about buying trays of carnations to fling at the singers, unless you’re feeling extremely flush. Under no circumstances should you eat at the bouzoukia. Nibble on the free nuts they provide and then hit one of the late night eateries in Athens on your way home.

Now that you know the story, practice your moves, and get out your glad rags. The bouzoukia await you. 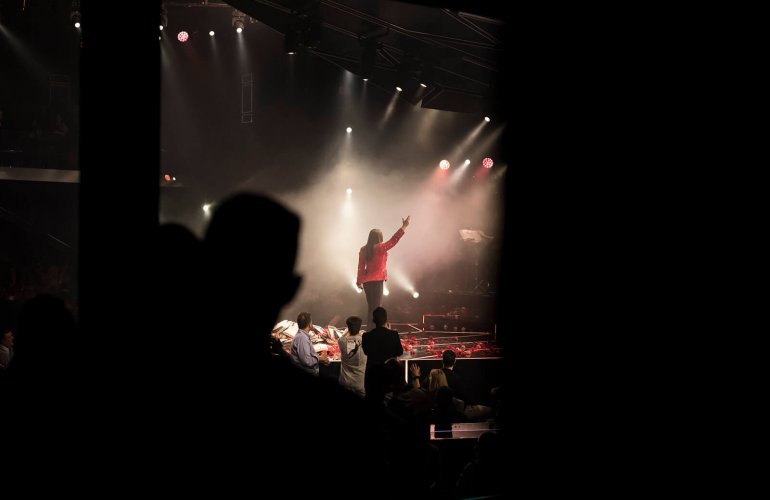 Going to the bouzoukia is truly an experience unlike any other.

Where to Listen to Live Rebetika in Athens